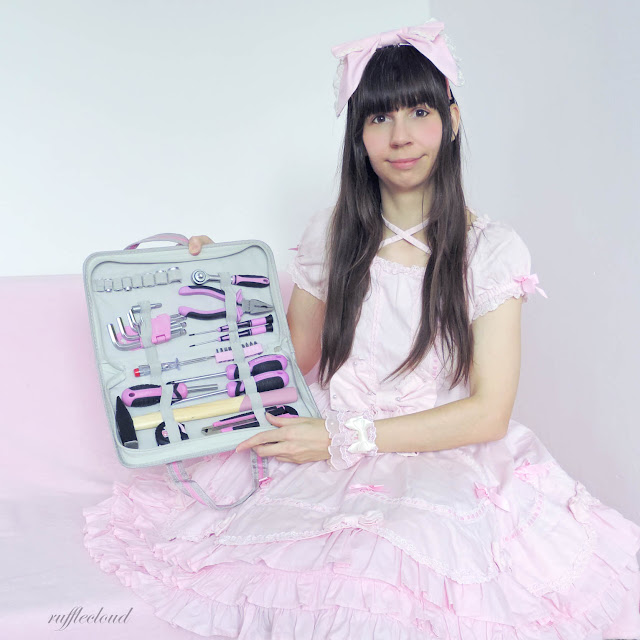 It is a tradition of the lolita fashion enthusiasts to make a Christmas meetup here. Over the years, this fragmented into three Christmas meetups where most of the communitys members live, in Prague, Brno and Olomouc. The reservations fill up quick for them. I was in luck this year and was able to come to Brno Christmas meetup, where most of my friends went as well! I travelled with my friend Tairesia, and since we were early by a lot, we also visited christmas marketplace and some cute shops. I bought some accessories and a pastel set of tools for decorating cupcakes.

The meetup happened in a gluten free restaurant Fresh Freaks, we took for ourselves their back room but eventually spilled over half the restaurant :3 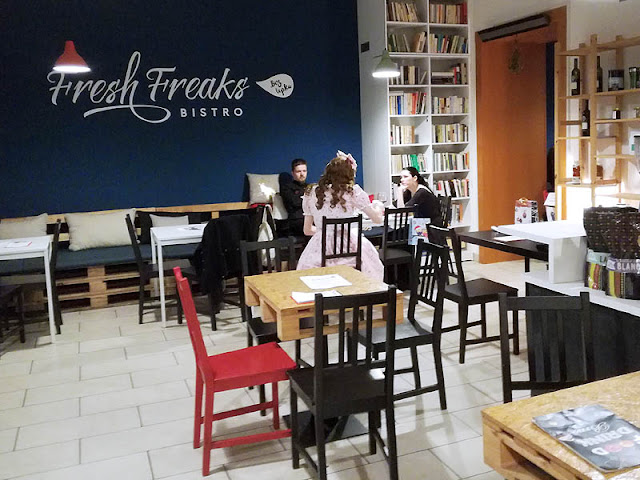 When we arrived, Mitsu was already preparing the meetup. Tairesia took over decorating the christmas tree!

For the entrance fee for the meetup, we got a small packet with cute things and sweets, and coupons for a pumpkin soup and quiche from the restaurant's menu. Both were wonderfully delicious :3 Before everyone arrived, dusk was already closing in, so we took our photos outside in the nearby park quite at the last moment!

This is my most favorite photo from the shooting! Me on the left, my friend Tairesia, and Amy, a lolita from Texas which now lives in Czech Republic. Somehow, we ended up representing the main substyles of Lolita fashion, sweet, classic and gothic lolita! ♥

The meetup had a program, consisting of a raffle, giving presents to friends, and also a lolita knowledge contest - I pretty much failed that one. Many of the questions were aimed on local lolita comunity and small local brands, which I'm not quite up to. Czech enthusiasts tend to learn to sew and make heir own clothing, and then make a tiny brand of clothing to also sell them to friends and other community members, but it's mostly aimed at classic lolitas as far as I saw. Anyway, here's some of my favorites outfits I saw around on the meetup! 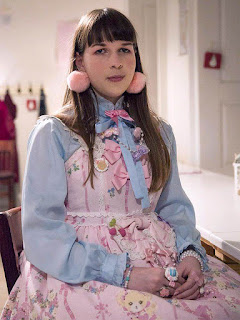 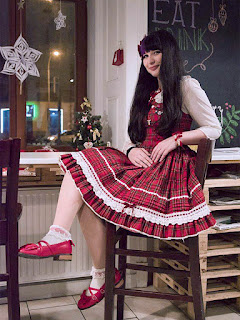 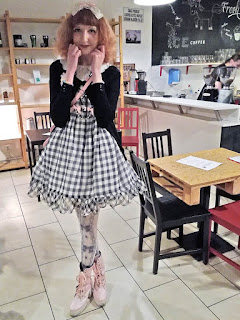 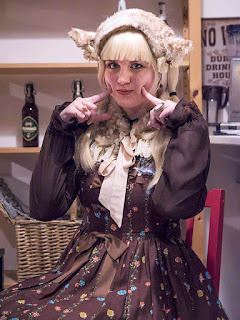 After the meetup, our friend Ruki took us home by a car. That has been wonderful of him, as the public transport back does not go that late. We all had a wonderfl day and I hope I can attend the next christmas meetup too!

Hello! I'm Michaela and I love pastels and all things sky. My biggest hobby is lolita fashion. Here are my lolita adventures! Enjoy your stay ☁