Teaparties are not all the same

Teaparties are favorite sweet lolita shoes. I love them the best and so far have them in three colors, more to come! However, there are slight differences in the look of them from different makers. The originals were made by Angelic Pretty. 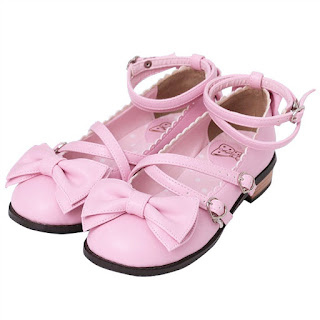 First teaparties I could get were from An*Tai*Na. They are less round on the tip and the front bow is sort of flattened against the shoe. 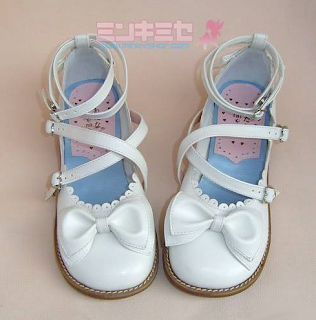 Sosic also makes teaparties ( ClobbaOnline ). They look somewhat better, but they still have sad front bow flattered over the shoe, even if nicer one than Antaina shoes.. probably cute for more classic and less pastel outfits, but personally.. I don't like this kind of bow. 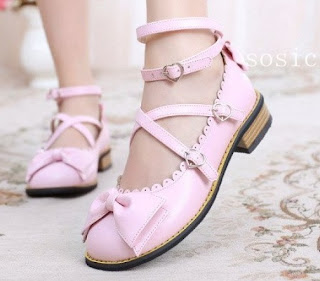 Secret Shop's teaparties I like the best, just look at the crispy front bow! The upper part of the bow is folded, so it's more perky. Another teaparties by Secret Shop I found have the front bow like the original Angelic Pretty's one, I guess they may have more than one design? 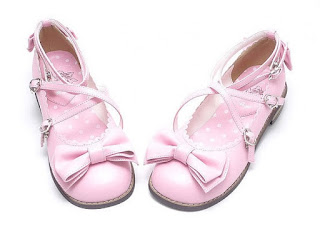 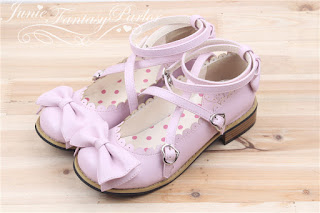 I just have no idea which shoes I would get if I bought them from ClobbaOnline? All these are listed as the same item.. first remind Ribbon Romantic Shoes, second are teaparties with flattened front bow, and third the tea parties I love. Don't they see the difference or they don't care? Do *you* mind the differences?

Hello! I'm Michaela and I love pastels and all things sky. My biggest hobby is lolita fashion. Here are my lolita adventures! Enjoy your stay ☁